[Sticky] Looking back at the past 30 years, which event, technology, social change has influenced energy consumption behaviour in your region/country the most? 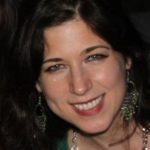 Increase of tariff on gas has forced private households to begin to save the energy. That happened since 2014 as a result of conflict with Russia.

Increase of energy prices as a result of Russian agreesion in the East. Ukraine 2014.

Being honest, despite all efforts of government or NGOs, economic factors were major drivers for energy efficiency in Ukraine. 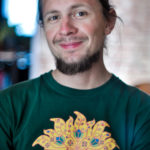 i remember in Spain from year 2000 on, supermarkets, banks, public administrations and many private and public agents started giving for free or very cheap, first, low consumption, and later, LED bulbs; and a massive, optimistic and conscientious substitution of incandescent bulbs was part of daily conversation at neighbourhoods, schools and public spaces

Feed in tariffs for solar panels entered into law in the United Kingdom by the Energy Law Act of 2008 and their percentage of total energy consumption has steadily risen from 0.01 % in 2010 to 3.4 % in 2017. Solar panel technology has affected the outlook and energy use of householders and businesses that use it.  Unfortunately the continued success of solar panels in the UK is being hindered by the UK government announcing they are closing the Feed In Tariff scheme to new applicants from 1st April 2019. This implies a current lack of commitment and leadership in the UK for generating renewable energy from the current UK government, which at the same time is allowing fracking and in 2016 approved the expansion of Heathrow Airport - by such actions the government is not encouraging British citizens to conserve energy and to opt for renewable energy sources. 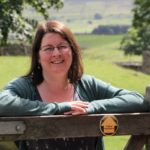 I was not aware that the UK Govt were closing the Feed In Tariff Scheme to new applicants after 1 April 2019, that is bad news indeed and is not a good decision. having our solar panels installed was the starting point of us being much more energy conscious.

Change of energy and economic policy that resulted in significant increase of natural gas price forced many people to reduce gas consumption and to apply thermal isolation for their houses. Now heating cost may be the primary cost of the most people budget during the winter.

In fact, general economic grow and availability of household devices lead to increasing (electric) energy consumption by most of people. 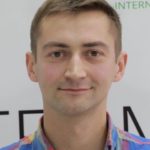 In the UK transport now accounts for around 40% of energy consumption. This has increased markedly over the last thirty years, though the long recession after 2008 reduced transports share for most of the last decade. There has been under-investment in public transport, and rather than increasing capacity on railways when there is high demand operators have chosen to increase prices to limit demand. It is often cheaper to fly rather than take a train for long journeys such as London to Newcastle or Edinburgh. Bus services in towns are often expensive, slow and unreliable and buses are old and polluting. Rural bus services are almost non-existent. Unsurprisingly car ownership and usage has increased almost continuously.  Energy consumption by industry has decreased markedly, probably mostly driven by the shift to overseas manufacturing, but this also contributes to the increase in transport as large numbers of lorries are distributing imported goods all over the UK, and of course it does nothing to reduce global CO2 emissions. Another factor which increases car use is the shift to "out of town" shopping. In my own area there has been a huge loss in the number of city centre shops, which could be reached by bus and were in easy walking distance of each other, and a big rise in huge warehouse type shops with massive car parks that are hard to use unless you take a car. Internet shopping will probably take its toll on these in years to come, but then there will be an increase in the amount of goods being delivered by courier.

Domestic energy is around 28% of the UK total and the domestic sector around 80% of energy used is used for heating and water heating. There were government grants available to install cavity wall and loft insulation at low cost from around 2010, and the percentage of homes with good insulation has increased a lot, but because of population increase and because more people are living alone there are a lot more households which tends to increase energy consumption. Most homes are now double glazed, which reduces heat loss through windows. But rather than reducing consumption when heating or insulation is made more efficient  people may choose to raise the temperature of their homes, and the downward trend in energy use for heating has paused in the last few years. Rather than watching TV as a family each member of the household often has their own TV now, which will tend to increase domestic energy use.

I think the increasing number of gadgets, phones, laptops, TVs has tended to increase domestic electricity consumption, but modern appliances are much more energy efficient, and modern light bulbs use far less energy than before though on the other hand people more often now have multiple bulbs to light a room. In recent years things like Internet connected TVs have increased the amount of energy used by devices in "standby" mode. Overall non-heating domestic energy consumption has declined by about 12% since 1990, and is down around 25% from its 2006 peak. Less energy is being used for cooking, which probably is caused by people eating out and buying takeaway food or ready meals. Obviously that will increase non-domestic energy use, and probably results in increased food and other waste.
Recently people have become concerned about plastic waste, and that may lead to a resurgence of home cooking, but probably only in some sections of society.  A culture of long working hours means people are often too tired to cook when they come home.
The increase in the number of people living in house shares also reduces people's motivation to use less energy because it is not possible to assign energy consumption to a particular individual.

Lots of great information about UK energy consumption is in this document: https://assets.publishing.service.gov.uk/government/uploads/system/uploads/attachment_data/file/729317/Energy_Consumption_in_the_UK__ECUK__2018.pdf

The Internet and Social media has played a huge part in making the world more aware of the issues that it faces and highlighting causes that are of global concern, the world has become a smaller place. We now need to learn how to use it to our  advantage and to get a consistent message to all through education about how we can all contribute in some way. If every person on the planet took just one small step towards energy efficiency the impact would be huge.

Govts are now discussing climate change and global warming which is good but they have yet to fully come together with a plan that achieves outcomes in a realistic timescale.

Latest Post: Watch the video from the transition practice workshop in Rome! Our newest member: Need Help Getting Into Good Shape? Utilize These Suggestions To Do Well Recent Posts Unread Posts Tags