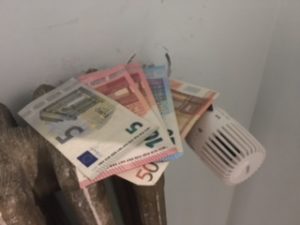 Researchers at the University of Münster recently held a series of small focus groups, on November 17, November 24 and December 11. These groups – two with six participants each and the last one with four participants – were made up of elderly people living in Münster, most of whom are tenants. They identified a number of issues that impact the amounts on heating bills. The first one is the share of the bill, which is influenced by their neighbors’ consumption, the non-transparency of heating prices, including billing costs and taxes, and the decision-making process regarding investments in apartments with multiple owners.

Some possible strategies were proposed to reduce the amounts of these bills, such as informational campaigns (including voluntary tenant and property owner certificates, proofing knowledge, and willingness to save energy) and tenant participation in investment decisions.

An animated discussion then ensued regarding the trustworthiness and inconsistency of information campaigns and on whether the government should provide incentives to invest in heating systems and insulation or regulate investments by law, and the potential uncertain effects of renewable energy promotion.