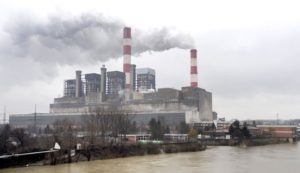 The cost of fossil fuel emissions has risen to its highest level in more than a decade in Europe, surpassing 20 Euros/ton and adding to the cost of electricity across Europe. This rise in CO2 costs will be one of the riskiest factors for the future market position of the Serbian national electric power producer – the Power Industry of Serbia, EPS, over the next few decades. Serbian electricity production is based mainly on lignite-fired thermal power plants where thermal power plants account for 73% of total electricity production. In the processes related to the Paris Agreement on Climate Change and Accession to the European Union and the determination of climate goals for 2030, Serbia has to show exceptional knowledge, skills and persistence to achieve the most favourable solution and the possibility of gradually reducing CO2 emissions, due to the high share of lignite in electricity production.

Under the present circumstances, the Power Industry of Serbia will not start trading greenhouse gas emissions before Serbia joins the European Union. As a country with a lower GDP per capita, Serbia should have certain benefits. The current price of the CO2 European emission allowances is around 20 Euros/ton, while the desired price that will act as an incentive to reduce emissions is 30 Euros/ton. Such a price for the Power Industry of Serbia would mean that the cost of thermal power plants would increase by about 3 eurocents per kWh or more. Given its market positioning, the Power Industry of Serbia will at some time be unfavourably affected by the fact that it joins the group of electric power companies with high average CO2 emissions per total kWh produced in all power plants. Therefore, it is very important to take into account the cost of CO2 emissions when deciding on the construction of new coal-fired thermal power plants, bearing in mind that they last at least 30 years.