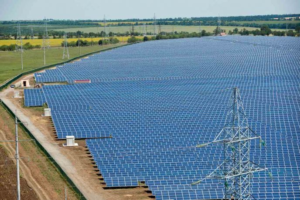 In the article “Renewable Energy – The Slow Movement of Ukraine to Energy Independence” (in Ukrainian), published on 16 May 2018 on the Ukrainian news site “Glavcom” and based on the results of focus groups, research and interviews within the ENABLE.EU project, Vitalii Martyniuk, Head of International Programs for the Centre for Global Studies “Strategy XXI” (CGSS21), highlighted the achievements and challenges for the development of renewable energy sources in Ukraine.

Despite the fact that Ukraine has a huge potential for renewable energy resources, equal to 80 MTOE (around 40% of total electricity production), the current level of electricity production from renewables in Ukraine is below 4%, with a planned increase to 11% by 2020, according to the Energy Strategy of Ukraine. The key stimulating factors are: “green tariffs”, financial assistance from the government and local authorities, lower prices on equipment, and easier exploitation procedures. They have contributed to a growing number of private solar power plants in Ukraine – from 40 SPPs in 2015 to 3,553 SPPs in the first quarter of 2018.

The main challenges to the development of RES in Ukraine are: outdated local electricity transmitting systems; the lack of qualified personnel in local electricity companies; sometimes insufficient management in regional electricity companies, given that suppliers at the district level often know little about SPPs on private roofs and proceed slowly with permits and connection to the grid; and a lack of information for potential prosumers. To counter these and to support the production of more electricity from renewables, it is necessary to make authorities in the Ukrainian regions more active. Examples of European states with high levels of RES – Norway, Germany and the Slovak Republic – were also given.