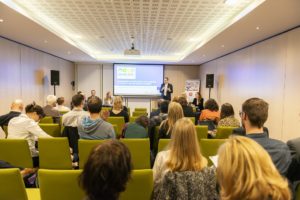 During this session, which focused on the governance implications of the energy transition in Europe, experts from Bulgaria, France, Hungary, Norway and Serbia outlined some important bottlenecks that hamper the policy design and implementation in their countries and how they could be overcome. Emilie Magdalinski (JDI) highlighted the difficult coordination of the energy transition in France, which has to balance the highly centralised state and the implementation of the relevant policies by over 30,000 municipalities, but which has resulted in the lack of synergy and fragmentation of resources. Karina Standal (CICERO) outlined that Norway sees itself as a frontrunner in trying to exceed EU renewable energy targets and thus adopted the Third Energy Package, which in turn led to longer policy negotiations. The country relies mostly on hydro and wind capacity, which have very low GHG emissions, and at the same time, it is also one of the leaders in adopting e-vehicles in Europe (having roughly 40% market share together with hybrid ones in 2017). Sanja Filipovic (EI) underlined that in Serbia there is a high level of harmonization of the national regulatory framework with the 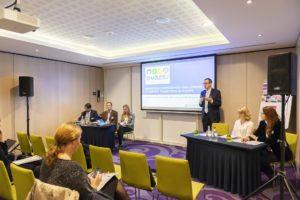 Third Energy Package but several bottlenecks exist in its implementation, e.g. overlapping jurisdictions; lack of skilled human resources in the public administration; setting national targets on RES into final energy consumption without adequate policy to promote and support RES development; and the lack of a clear financial strategy for energy efficiency. Martin Vladimirov (CSD) outlined the affordability issue, which is an important barrier for the implementation of energy transition policies, particularly in CEE countries, as well as the fact that all counties have not yet achieved full market liberalization. Thus monopolistic energy markets can be considered a major impediment for decarbonisation and investment in renewables in both leading countries, such as France and Germany, and less developed ones, such as Bulgaria, Serbia or Ukraine.